Thank Your Representatives for Supporting and Passing These Bills to Protect Water. Find Your State Rep Here.

SB 926 AN ACT CONCERNING THE PRESENCE OF PFAS IN CERTAIN CONSUMER PACKAGING. NRWA’s letter of support.   Great news!  This PFAS bill was voted out of the Environment Committee on March 29 and will be voted on by the State Senate!

S.B. 837 AN ACT CONCERNING THE USE OF PERFLUOROALKYL OR POLYFLUOROALKYL SUBSTANCES IN CLASS B FIREFIGHTING FOAM. NRWA’s letter of support.

The acronym PFAS stands for perfluoroalkyl and polyfluoroalkyl substances, a class of chemicals that have been and are presently used for a variety of purposes. Most notably, they are found in non-stick, water, stain and grease-resistant products.

PFAS are commonly used and highly dangerous. The use of long-chain PFAS in the U.S. is being phased out due to an increased awareness of their harmful effects, yet, the short-chain versions — or those with a smaller number of carbon fluorine bonds — are still actively used in consumer products. More…

Dupont and spinoff Chemours have developed a new version of PFAS chemicals called GenX which they claim are safe. This paper reports on studies that challenge that claim.  It also reports on finding the new chemical in pristine waters of the Arctic. We need to act to stop the spread of GenX AND PFAS in the environment.

Last year the FDA Announces Voluntary Agreement with Manufacturers to Phase Out Certain Short-Chain PFAS Used in Food Packaging. This is good news, but the entire class of PFAS chemicals needs to be banned in food packaging, so we still need to push for that legislatively in CT.  “The FDA’s announcement is good but leaves out other short chain PFAS chemicals and new variations of PFAS chemicals that can be added to products.  This is a very common tactic of the chemical industry, so pushing hard to regulate the whole class eliminates this problem of ‘regrettable substitutions,’ ” explains Anne Hulick of Clean Water Action. 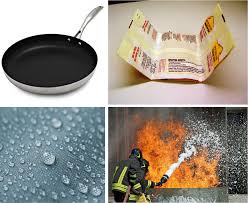 2. Keep plastic out of our rivers and Long Island Sound.

In 2021 CT updated the decades-old Bottle Bill to help keep plastic out of the ocean.   We will now keep millions of bottles and cans out of Connecticut’s parks, beaches, and streets every year at no cost to taxpayers by adding perfectly recyclable juice, sports, and energy drinks, as well as tea containers, to our current bottle bill. We also increased the container deposit, a change that will boost Connecticut’s bottle redemption rate, which is the lowest in the country.

With our recycling system broken and plastic pollution a growing problem worldwide, it is important that we updated our bottle bill.

Group Letter NRWA has signed on to.

We Still Need to Limit the Use of Polystyrene. Anyone who has joined us at our annual river cleanup at Oyster Shell Park has seen the millions of bits of styrofoam, mainly from discarded food packaging, that cover the banks. Enough is enough. NRWA’s letter from 2020

BAN CHLORPYRIFOS IN CT and Digitalize Pesticide Permit Applications at DEEP. Dow’s pesticide chlorpyrifos has devastating impacts on our health, children’s developing brains, and our environment. The pesticide, part of a class of chemicals developed for nerve gas by Nazi Germany, has also been linked to Parkinson’s disease and lung cancer. Chlorpyrifos was banned for home use in 2000. After years of study, the EPA determined that there are no safe levels of exposure and was set to ban all uses of this pesticide in 2015. However, our current administration reversed the decision. Read More…

According to CT DEEP’s data, farms only account for 10.8% of chlorpyrifos used. Golf courses account for 86% of chlorpyrifos use in CT, totaling more than 590 gallons in 2019—here’s a list of where it was used in 2018 and 2019.  (Tara Cook-Littman, a concerned mom and member of the Fairfield Pollinator Pathway, filed a request through the Freedom of Information Act to gain access to the boxes of pesticide applications in Hartford, and that is how we have this list.

SUPPORT A BILL TO END PESTICIDE PREEMPTION IN CT and allow  municipalities the right to make decisions about pesticide applications in their own towns. Currently municipal restrictions are preempted by State requirements, a law the pesticide industry has worked to keep in place. If your town would like to restrict a toxic pesticide, but the state allows its use, your town restriction would be preempted. More info here.

This letter went to your town leaders. Ask them to join this action to overturn preemption.

The sample letters below refer to the 2019 bill that was not called for a vote. We will update the bill numbers when they are set for the 2020 session. 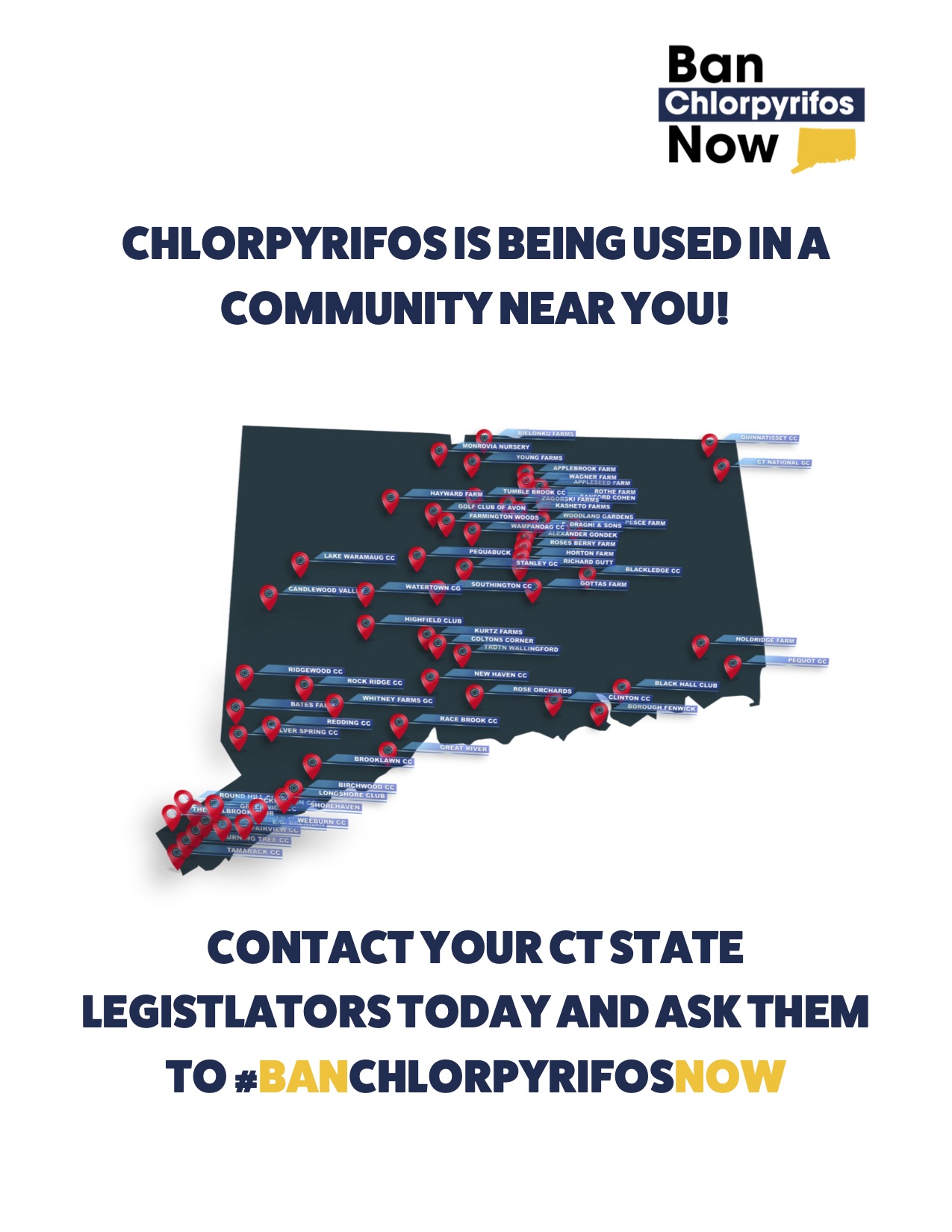 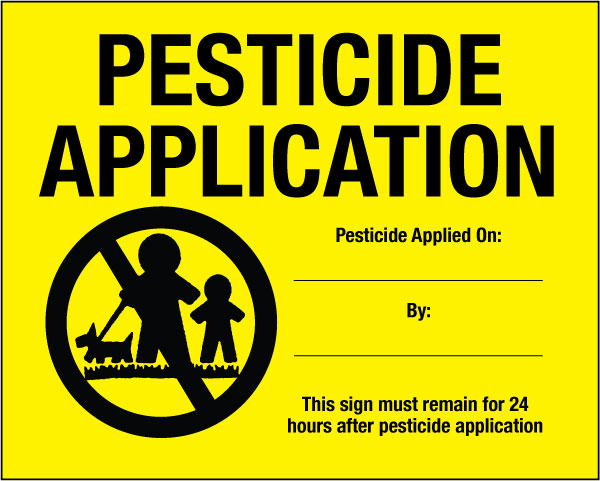 In 2019 NRWA focused on these legislative actions to protect the watershed AND THEY WERE PASSED:

1. Passing the State Water Plan. To provide that a public trust be retained in the water of the state. More information.

3. A statewide ban on plastic bags. First we helped pass a local ban in Norwalk.

The Norwalk River Watershed Association serves as a guardian of the watershed, voicing concerns about threats to the area’s environment through pollution, development, legislation and regulation. NRWA frequently submits comments and suggestions on proposed development of or new regulations related to the watershed.

Recent comments regarding state and local projects/policies that affect our watershed:

Comments on HB 5340 concerning updating the bottle bill in 2020

Comments on SB 297 AN ACT CONCERNING THE USE OF PERFLUOROALKYL OR POLYFLUOROALKYL SUBSTANCES IN CLASS B FIREFIGHTING FOAM.

Testimony in support of SB 99 to restrict the use and distribution of polystyrene products across the state. February 18, 2020

Comments on proposed draft modifications to the General Permit for the Discharge of Stormwater and Dewatering Wastewaters from Construction Activities. February 18, 2020

Letter to Wilton Inland Wetland Commission regarding plans for development near wetlands at 200 Danbury Road.

Letter protesting the overfishing of menhaden by Omega Protein in Virginia

Letter advocating for the protection of Norden Place conservation easement

Letter supporting HB 76 regarding pesticide use autonomy by municipalities

Letter, which went to both Senator Murphy and Blumenthal, to oppose any legislation in the Senate that would weaken the Magnuson-Stevens Fishery Conservation and Management Act (Magnuson-Stevens Act), including S. 1520 (the so-called “Modern Fish Act”).

Letter to Gov. Cuomo of New York regarding the proposed sale of Plum Island

Comments on the proposed redevelopment of ASML property at 77 Danbury Road, Wilton

Comments on the proposed development of Wilton Heights at 300 Danbury Road, Wilton

Comments in Support of SB 103 A Bill To Ban Fracking Waste from CT, February 2018

Board members represent the interests of the watershed by taking part in public hearings, workshops, and related committees and other Boards such as:

Land Trusts and Conservation Commissions play an important role by preserving access to natural spaces, clean water, and healthy ecosystems, all of which contribute to the well-being of communities and individuals. The Fairfield County Regional Conservation Partnership (www.fcrcp.net) makes these land trusts and commissions stronger by integrating ideas, leadership, and outreach across town boundaries, allowing them to protect more land over broader scales.

The Norwalk River Watershed Initiative (NRWI) is a partnership among the seven watershed municipalities; federal and state governments; conservation and environmental groups; businesses and, you, the public. Efforts are focused on our primary mission which is to protect and improve the quality of our water and overall health of our river, streams, lakes and wetlands. The Initiative strives to bring together the efforts and resources of other groups with a similar focus including The Norwalk River Watershed Association, Trout Unlimited, HarborWatch at Earthplace, the Norwalk River Valley Trail, and local schools and communities. NRWI goals and objectives seek to engage our entire watershed community which requires a balance between environmental concerns with community and business development interests. The greatest chance for success is when all are vested and work together pooling resources toward a common goal – water systems that are healthy, clean and dynamic.

In addition to creating recreational opportunities for walkers, hikers, cyclists, kids, pets and – on some stretches – equestrians, the NRVT will offer a green and healthy transportation alternative to reach rail stations, schools, offices, and businesses.

Harbor Watch monitors a wide area of watershed from the Pequonnock River in Bridgeport to Holly Pond in Stamford in an attempt to protect and improve the biological integrity of Long Island Sound. It is the leading volunteer assisted water quality monitoring program in Fairfield County, which has inspired water quality activism throughout the region. Through this volunteer-driven model, the program simultaneously addresses Long Island Sound contamination issues and educates the environmental scientists of the future through hands-on research and experiential learning.